With the country experiencing a Depression like never before, men from around the country made their way to the harsh Nevada desert in 1931 to find work on the Boulder Canyon Project.  They lived openly in the desert, or under makeshift shelters that consisted of canvas, stray pieces of ply board or cardboard---basically whatever they could find.  Small shanty towns populated by the homeless, “Hoovervilles,” lined the highway from the Black Canyon worksite to Las Vegas, some forty miles away. 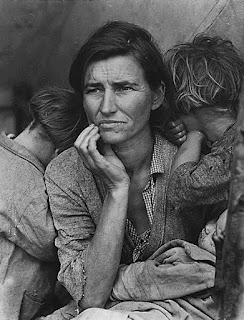 The men did not all come alone; some brought their families.  Although the exact numbers are unknown, some estimates run as high as forty thousand people: unemployed and homeless living in an unforgiving climate.  Temperatures often reached one hundred-twenty degrees by early in the morning and did not come down until late in the night.  Nearer the worksite, temperatures were even higher, and inside the diversion tunnels of the project, for those that were lucky enough to get a job, temperatures were often up to one hundred-forty degrees.

But the unrelenting heat was just one of the hazards of living in the desert for the men, women and children of the Hoovervilles like Ragtown.  Food was scarce, water sources were often contaminated, and of course, they had the native 'residents' to worry about: Black Widow spiders.  Rattlesnakes.  Centipedes.  Red Ants.  Scorpions.

On July 26, 1931, four women in Ragtown died of 'the fever', which was most likely dysentery-related, compliments of the Colorado River, where they drank, bathed, laundered and well, you know the rest.  But it was water, and the river was, most likely, what kept most of them alive.  But nothing comes without a cost, and although the river was a life source, it was also a danger, and once in a while, bad wins out over good.

While the men who worked on the project faced many challenges, I feel it is also important to remember the struggles that the women and children faced.  Therefore, my upcoming novel, Ragtown, begins on July 26, 1931.  A day when four women died in the desert Hooverville called Ragtown.  Four women who were  just trying to survive.
Posted by Kelly Stone Gamble at 3:36 AM 10 comments

For those of you that read my blog regularly, you might remember that in January, with an idea and an overactive muse, I wrote a novel in 16 days.  As I said then, sure, it was pre-editing, but still, I am a fairly deep researcher and to crank anything out that fast seemed impossible to me. But, I did, and now, three months later, I have edited, revised, reread, slashed, hacked, cut scenes, added scenes, and finally, today, sent it to an editor.  Yes, And They Call Me Crazy is moving right along.
So, I've decided to tell you a little about it.  Here goes.

And They Call Me Crazy takes place in the small Kansas town of Bally Springs.  It is a fictional town, but closely resembles the small town that I grew up in.  It centers around a mid-thirties woman, Cass Adams, who decides to whack her husband over the head with a shovel and bury him in their yard.  Yes, Cass has a few problems.

I wrote this book as an exploration of flawed characterization and unreliable narration.  It is told in first person, present tense from eight narrators, all of whom have problems of their own.
I'll be ripping and rewriting when it is returned from my editor, but in the meantime, I'm fairly happy with the progress.  So check out the blurb, listen to a little Patsy Cline, and I will go back to my new WIP, currently untitled, the second novel in what will become my Ragtown/Hoover Dam trilogy.

And We'll Call It Research... 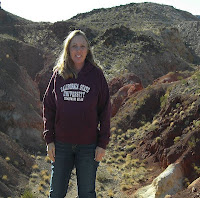 I've said this before and I'll say it again; I love researching for a novel.  Of course, I enjoy reading the non-fiction accounts that relate to my setting, but the best part is getting out in the world, going to the site and touching the rocks, smelling the creosote and hearing the sounds that I am writing about.

Lucky for me, Ragtown, as well as the next novel I'm working on, takes place in what is now the Lake Mead Recreation Area and Boulder City, Nevada.  My historic novels take place eighty years ago, during the building of the Hoover Dam, so I do have to envision these sites as they would have appeared then, but it isn't too difficult. 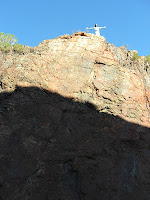 And did I say this involves hanging out at Lake Mead Recreation Area?


Grueling, I know, but writing is a tough life and someone has to do it.

You can read about my other Ragtown research adventures here.  Yes, it's true, I ate a rock.

Posted by Kelly Stone Gamble at 4:21 AM 10 comments

Whoa, There…Leave Your Pants On! With Raine Thomas

You just have to love how Raine Thomas, author of the Daughters of Saraqael trilogy and the upcoming Firstborn trilogy, worked the Hoover Dam into this one!

Are you a plotter or a pantser? 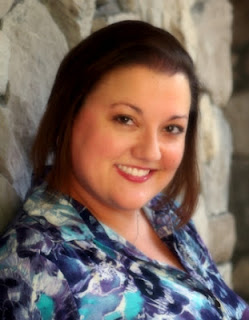 I’ve been asked this question any number of times in interviews, and every time, it makes me wince. Perhaps it’s a testament to my school days, but when I hear “pantser,” I envision bullies in hallways reaching for the much-too-high waistbands of unsuspecting nerds. Humiliation simply oozes from the word.

The bottom line is that I’m a Type A. “Pantser” has no room in my vocabulary.

Okay, that’s a little extreme. In truth, when I write my books, I’m a little of both. I always, always, always (yes, it’s worth stating three times) start with an outline. My first outlines were more general, giving me a basic guideline for the beginning, middle and end of the story. The outline for my current WIP, Shift, on the other hand, is a chapter-by-chapter outline that is so thorough it allowed me to write 10,000 words a day when I actually had a full weekend to dedicate to just writing.

That said, I’ve never stuck to an outline. Not once. Even with Shift’s outline being so detailed that the story could practically write itself (ha, ha), I’ve strayed from it. I believe in letting my characters tell their own stories, and I’m not going to be limited by an outline, despite its importance.

Writers who indicate that they write “by the seat of their pants” cause me serious concern. Writing is tough. Like other professions, it requires strict adherence to certain mechanics to ensure a quality final product, even if the end result differs by “engineer.”

Do you think the Hoover Dam was built on a whim? That a group of individuals just decided to wing it and throw up a structure to contain the Colorado River?

Of course not. They had a carefully crafted plan before they started. Sure, they had to vary from that plan as they faced unexpected challenges, but they stuck to the main goal and ultimately made it happen.

Writing an effective story isn’t so very different. It’s important to have a clear plan for a story before getting started. This doesn’t mean having some vague idea of a cool character overcoming a challenge. This means laying out the bones of the story so that when it’s put to paper, it stands strong.

I suggest starting with character sketches of the main protagonist(s). Writers should know their characters inside and out. I create sketches that contain details I never reveal in the actual books, but that compose the cores of my characters. As long as I know those details, the characters come alive on the page.

Then comes the general outline. How will the story begin? How will it end? What will happen in between?

In truth, I think many writers can create full-length novels using only the above devices. If they want to write more quickly, I suggest using the detailed, chapter-by-chapter outline that I mentioned above. It’s amazing how much time is saved when there’s no pause between chapters, trying to figure out what to write next. Thus, taking the initial time to create an outline will save tons of time later when it comes to actually writing.

Am I a plotter or a pantser? I’m a plotter, baby…and you should be, too!

Raine Thomas is the author of a bestselling series of YA paranormal romance novels about the Estilorian plane, including the Daughters of Saraqael trilogy and the upcoming Firstborn trilogy. She is a proud member of Romance Writers of America and is a contributing blogger to The Writer's Voice. When she isn’t planning weddings, writing or glued to social networking sites, she can usually be found on one of Florida’s beautiful beaches with her husband and daughter or crossing the border to visit with her Canadian friends and relatives.