Marguerite, Rachel and One Crazy Mother


Marguerite Duras is my favorite author, The Lover, my favorite book. I've read it at least a dozen times and each time, find some other connection, another reason to love it even more. So when Rachel Thompson asked me if I would be willing to share something about my life, something that was a turning point, I thought of Marguerite Duras and The Lover. Let me explain.

"I believe that always, or almost always, in all childhoods and in all the lives that follow them, the mother represents madness. Our mothers always remain the strangest, craziest people we've ever met." –Marguerite Duras

Do my children feel the same way about me?  I read this to my oldest son, who laughed and said, “Yes, that sounds about right.”  I then read it to my youngest who said, “Of course we think you’re crazy, but we love you just the way you are.”  And I am a joker, a smoker and once a midnight toker. This is the part of me that people see, the side that my children know. But there is also another side of me that I try to hide from others---the doubt, the depression, the madness. It all stems from early on, as it does for most of us. We all have demons, some of them scarier than others.

"Very early in my life it was too late." -Marguerite Duras

This is the quote from The Lover that I have read over and over again. Why does this resonate so deeply? Some things are better left unsaid, in the head, dead (I think maybe Dr. Seuss said that first).

As a teenager, Marguerite Duras lived with her mother and two siblings in French Indochina.  It was the 1930’s and young Marguerite was trying to identify herself with the world around her.  Her family was poor, and although political and racial tensions existed on extreme levels, she had an affair with a wealthy Chinese man.  This affair was later written about several times during her lifetime.

At the age of seventy she wrote The Lover, and tells the story one last time.  Why?  Because she never felt she told it right.  She never felt she gave the story the depth, the love, the hate, the spectrum of emotions it deserved. It was a defining moment in her life, one that she thought about and tried to figure out in her own mind well into old age.

I've always said that I hope when I am seventy years old, I have the courage to look back and redefine, redescribe, rewrite the stories of my life that have been most influential, whether they be good, bad or ugly. I'm almost fifty, and still find it hard to think about some things, much less write about them.

But, Rachel has encouraged me and although it has taken several months for me to finally say, okay, put it out there, I'm still anxious about sharing one small story.
"When it's in a book I don't think it'll hurt any more ...exist any more. One of the things writing does is wipe things out. Replace them."-Marguerite Duras

I sure hope you are right, Marguerite.


The Dark Side: I  Met the Devil Once on Rachel Thompson's blog.


I am thrilled to have Jason Korolenko, author of THE DAY I LEFT on my blog today. I finished the book a week ago, and it is still on my mind. That is exactly what I want from a novel. Jason is not only an extremely talented writer, he is also one of the nicest people on the planet. So if you don't know him, here's your chance to get acquainted.---and you really should check out THE DAY I LEFT. I promise you won't be disappointed.
For a long time I resisted writing about why I chose to go indie. These days, I think, most people don't really care which company publishes a novel. They care about cover art. They care about clean editing. Mostly, they care whether or not an author can pull them into another world and give them a story full of conflict and emotion and interesting characters that demand sympathy. I can't remember the last time I picked up a book published by (insert Big 6 name here) and thought, "Wow, if they published it, it must be good."

I can't remember because it has never happened.

Let me be clear: this is not a post intended to glorify the indie process and demonize the traditional publishing industry, nor is it a quaint, bullet-point list of pros and cons of either approach. It's not a sermon as to why you should choose one path or the other. It is simply a post about my reasons, about why I chose to go indie.

I hear you asking, "Who the hell are you, anyway?"

I’m a fiction writer—mostly the dark stuff that keeps you awake at night—who has been gaming the traditional publishing system for over ten years, with a handful of published stories, three unpublished novels, and a co-writing credit on an indie film. I also have an MFA in Creative Writing, and now, a self-published novel titled THE DAY I LEFT, which I wrote while in the aforementioned program.

Now that that's out of the way, you may be wondering, "What kind of person pursues an MFA only to self-publish?"

Let’s break this down into two questions.

Q1: What kind of person pursues an MFA?

A1: The kind who wants to learn directly from professional writers and editors. In other words, I wanted to learn from people who knew their shit.

Q2: What kind of person self-publishes?

I graduated with my completed manuscript (yes, that includes edits and spit-shines) in June of 2012. I contacted my cover artist, and learned all about formatting for ebooks and print (thanks to the godly wonders of Scrivener) in July. At the end of August, I released THE DAY I LEFT for Kindle, Nook, and all other digital formats, and in September, I'll release the paperback edition. Two months to digital, three months to print. Not bad.

The more stories I can give you during the course of my life, without sacrificing quality, the better off we'll both be.

Click here to buy THE DAY I LEFT at Amazon

Click here to buy THE DAY I LEFT at Barnes & Noble

Click here to buy THE DAY I LEFT Kobo edition

And here for all other ebook formats through Smashwords


And check out this amazing YouTube video of Jason!

Posted by Kelly Stone Gamble at 7:40 AM 29 comments


About two months ago, I had a great idea for another novel. I made notes, I outlined, I did all the pre-writing exercises I normally do and then I sat down and started to write. I loved the idea of my protagonist, a five-hundred pound woman who runs a strip club, and I loved the back story, the plot and everything else that went with it.

20,000 words in to the second attempt, I stopped again. I didn't like where this one was going, either. 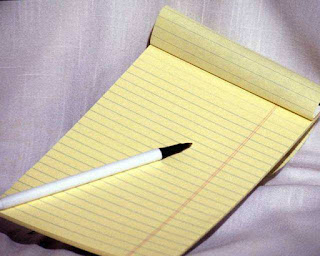 Someone once said "It's easier to edit bad writing than a blank page" and I have always said I agree with that. I actually enjoy the editing process. To me, it's the equivalent of dropping an old copper penny into a cup full of Brasso: an opportunity to make it shine. But going back over the 40,000 words I had written, I realized that editing is not always the answer. Sometimes, the best thing you can do is start over. Again.
The problem with my great idea was my protagonist. She is a fascinating character, someone I'd love to hang out with, but the story, it turns out, is not about her. She plays a role, and an important one, no doubt, but it's just not her story.

So instead of trying to edit all those pages, I made a new outline and new notes.

And I started with a blank page.

Last night I hit that 20,000 word mark and reread what I had written. I sat back and smiled. This is the story I wanted to tell.

True, you can't edit a blank page, and therefore, it's easier to edit poor writing than no writing at all. But sometimes, it's just not about editing written words. Sometimes, it is about the blank page---and all of the possibilities that it offers.
Posted by Kelly Stone Gamble at 9:59 AM 12 comments