Once Upon a Princess 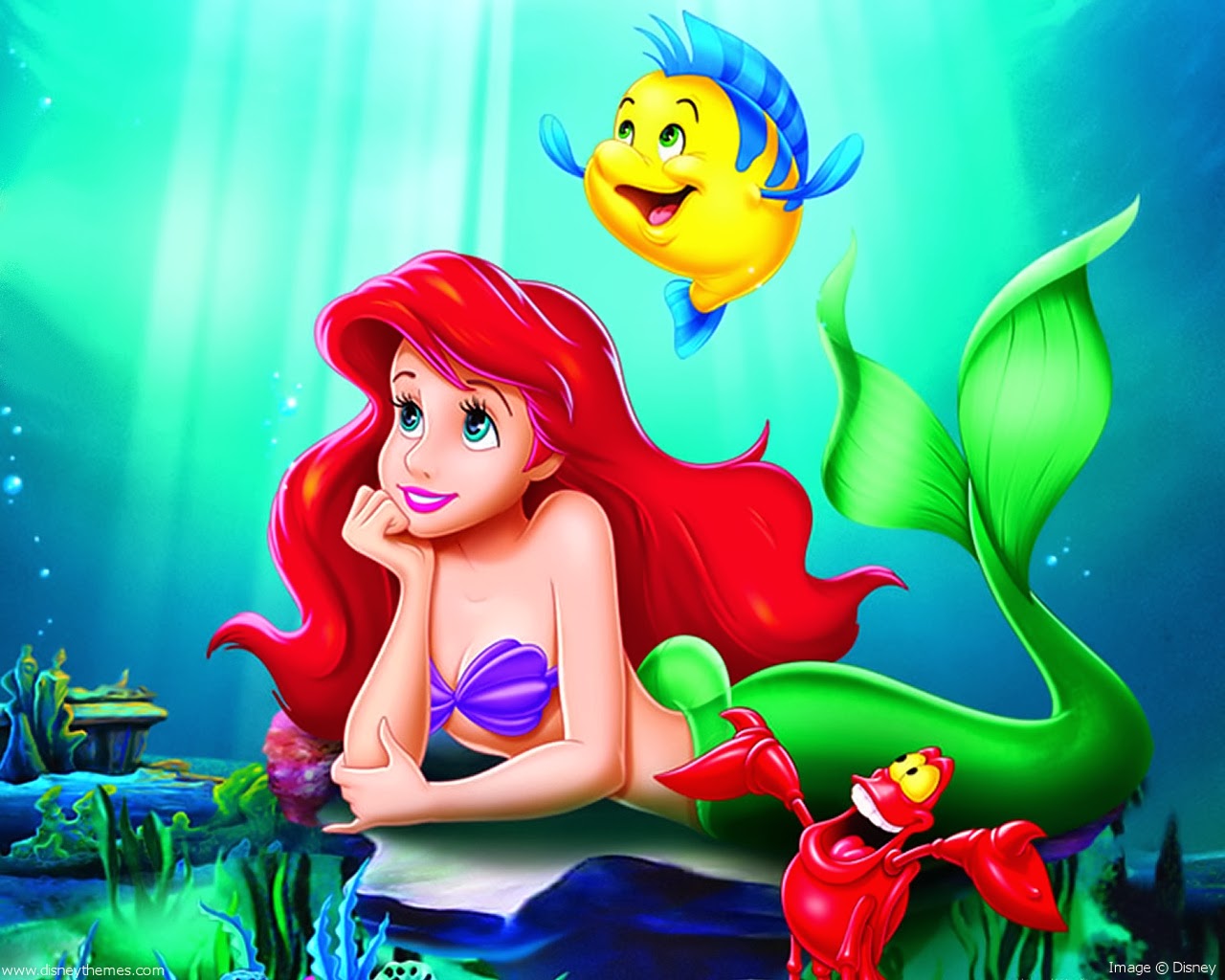 Like most females, I grew up watching and reading Disney and my earliest ideals about womanhood came from watching Disney princesses. I never thought much about negative messages that these characters might be giving, all I thought of was how wonderful it would be to someday be in love, be beautiful, be a princess.

Most recently, there has been a lot of controversy about these characters. They are always thin, always beautiful and typically rely on the male figure for their happiness. As an adult who has grown through a historical period of female liberation, I, too, felt that Disney may be sending the wrong message to young girls. Where are the fat princesses? The lesbians? The woman who just want to succeed based on their own worth?

A few weeks ago, I read an article on the University of California's website by Lydia O'Connor titled, "The Princess Effect: Are Girls Too 'Tangled' In Disney's Fantasy?" and basically, the author agreed with me: Disney needs to change and show 'princesses' as normal woman, not just dependent sheep of impossible beauty. Although this particular article could be seen as supportive of my own previous argument, reading it made me understand how ridiculous that opinion might be.

Young children go through a period in their development when they establish a gender identification. Of course, not all young girls identify with the female role models, however, there do have to be defined lines for them to recognize the differences between male and female. Androgynous figures might be more confusing than helpful. True, once they get older and identify more with their own selves, that may be the path they are most comfortable with, but as young children, they need to see the differences in gender in order to understand the similarities.

Additionally, imagination plays a huge role in the development of a child's intelligence. I would think there is more imagination being exercised  when pretending to be a mermaid who wants legs than costuming as a popular historical figure. I do think young girls should be exposed to contemporary, positive female role models, but I don't think overexposure and excessive emphasis on these women's lives offer more options for young girls. Not all will grow up to be the next leader of a people or run a corporation. Some will grow up to be stay at home moms, and that shouldn't be seen as less admirable. Finding a fair balance between magical places and realistic settings may offer them more in the long run when they begin understanding who they are in relation to the world.

Disney is trying. Although some of their attempts have met with ridicule, such as the racial stereotyping of Tiana, Jasmine, and Pocahontas, they have made some strides in other directions. Mulan, for example, is a warrior. And when given the choice, Fiona opts  to be an overweight, green princess instead of the raven haired beauty.

As an adult, I don't feel that my constant wearing of a mermaid fin when I was six made me less aware of myself as a woman.  My refusal to eat apples given to me by my stepmother or my fascination with riding horses, side saddle in a long skirt, didn't result in any lifelong psychological damage.  And maybe the Disney princesses taught me something else about life that we deny focusing on because we are too blinded by their exhibition of beauty; life has a lot of challenges, and in order to live the dream, whatever that dream may be, you do have to work at it.  And as for finding a prince? Yes, you do have to kiss a few frogs.
Posted by Kelly Stone Gamble at 3:23 AM 5 comments

This Dark Road to Mercy by Wiley Cash 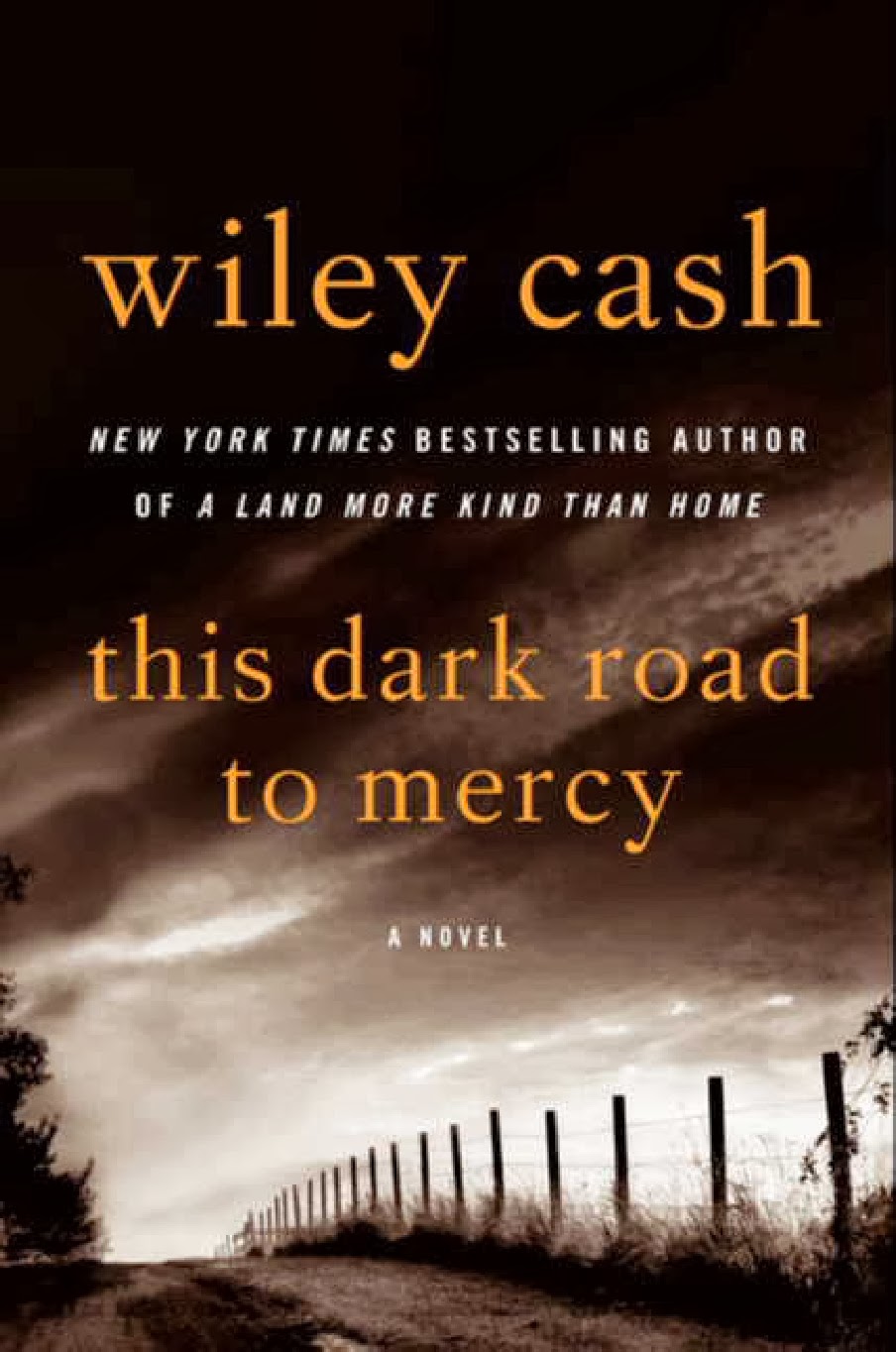 Growing up, football was a constant in my life, not only for the lessons I gleaned but also because of the special connection that it allowed between me and my dad. We were good friends, but football was, at times, our way of communicating.

When reading This Dark Road to Mercy by Wiley Cash, I couldn't help but associate with twelve-year-old Easter Quillby. Baseball is her game, Sammy Sosa her favorite player, and although her father, Wade Chesterfield, had left her and her younger sister when she was nine, now he’s back, and baseball may be the thing that brings them together. Both are keenly following the 1998 race between Sammy Sosa and Mark McGwire to break Roger Maris' long standing record of sixty-one home runs in a season. But Easter is reluctant to let him back into her life so easily. Wade, a washed-up former semi-pro pitcher, has brought back a lot of baggage — most of it stuffed with stolen money.

The Sosa-McGwire race provides an excellent backdrop for the story and grounds the reader in time.  The baseball analogies are not lost on the non-sport minded readers. But the book is not about baseball.  It is about love and forgiveness and the power of family.

In his first novel, A Land More Kind Than Home, Cash proved his ability to create flawed but endearing characters, and he continues this in This Dark Road to Mercy. Easter and her younger sister, Ruby, who recently lost their mother and are living in a foster home when Wade reenters their lives, will steal readers’ hearts -- Easter with her prepubescent pragmatism and six year old Ruby with her desire to please and be loved. But as he did in A Land More Kind Than Home, it is the father characters, the men who are far from perfect yet prove that they are willing to take care of their own, that won my respect and admiration.

Wade Chesterfield is a loser. He gave up the legal rights to his children and must 'steal' them in the night to be with them. He has no job, no home and no plan. Pruitt, a ruthless hired hitman seeking revenge, is chasing him.  Yet, Wade desperately wants to make things right with his daughters, even though he has placed them in unnecessary danger. To atone for his past, or because he truly loves them? -- that is for each reader to decide. I found myself rooting for Wade; a complex character who did so much wrong trying to be right.

Another father character that Cash introduces us to is Brady Weller. Brady is the court appointed guardian of Easter and Ruby who is trying to find and, in his mind, save them from their father.  He vows to protect the girls, and again the reader is forced to decide whether it is to make up for his own failures or if his motivation is simply about the girls' well-being. Brady has his own demons — he’s struggling with his past and is desperately trying to save his relationship with his own daughter.

With straightforward storytelling, narrative that flows effortlessly and characters that are hard to forget, Wiley Cash has quickly become one of my favorite authors, and I can't wait for his next book. And the next, and the next.

AND, although I do love the novels by Wiley Cash, I have a bit of a home-girl crush on his brother thanks to this video.  Wiley answers questions about his books---Cliff Cash steals the show! If you watch nothing else today, watch this!

This Dark Road to Mercy by Wiley Cash, publication date January 28, 2014. Pre-order your copy now at Amazon.com, Barnes & Noble, or your local bookstore.
Posted by Kelly Stone Gamble at 1:07 AM 35 comments