You Really Gotta Know the Agent by Lorca Damon

Considering that I have recently been querying my dark humor novel And They Call Me Crazy, the following emeralds of wisdom from Lorca Damon are not only funny, but very timely.  Thank you for this one, Lorca!

I am an unloved writer. I’m one of the hordes of would-be novelists who is still trying to break through the Great Wall of Publishing, one brick at a time. The first brick: finding an agent.

I have to admit that I queried about one hundred agents with my first novel. I got only a handful of requests for the full, and then nothing. I put that book in a drawer, so to speak, when my life got busy with some super cool projects and changes. I actually pulled it out of said proverbial drawer last week and oh my god the writing is a bunch of shit. I sounded like I was trying to use every 25-point word I knew. And this was supposedly young adult. I wanted to beat me up for being such a nerd, and I wasn’t even a teenager.

Luckily, my writing got way better (See? I can talk like a teenager) and I wrote a book that an agent actually adored. Here’s how the timeline went:

Late August 2011: she requested the full

Late September 2011: the book won a contest that I forgot I had entered and the prize was a greenlight to submit to a major publisher; emailed the agent to let her know, we Skyped about it on video chat for an hour, we emailed a million more times; then nothing happened.

Late January 2012: heard from the publisher, they loved it but couldn’t publish it after their lawyers said the estate of J D Salinger will eat us all for breakfast; emailed the news to the agent, who said she finally decided the she loved it and wanted to represent it IF I made some revisions and we began another 50 back-and-forth email conversations.

Late February 2012: gently nudged the agent in an email to see if she liked those revisions; she said she did, but she still had some thinking to do.

Early May 2012 (more than a year after I queried her): gently nudged the agent in another gently nudging email; she responded with her concerns and said she would make a final decision by the end of the month.

Late June 2012: I still haven’t heard a peep
.
Now, this is where authors (especially successfully self-published authors) start to roll their eyes and talk about everything that is wrong with the industry. Yes, it moves at a snail’s pace. No, it may not be any more lucrative to traditionally publish than to self-publish. But I have to point the finger of blame once and for all:

This fell through because of me.

What? How is this possibly your fault, Lorca? You did everything you could! You entered contests! You kept in contact while still giving the agent her space? You made the revisions she asked for even though it was YOUR book! How could this possibly be your fault??? (I know what you’re thinking because I thought those same things for a while)

This is how it’s my fault: all my contact with the agent had been because of a referral, then through email and Skype. When I finally wandered over to her agency website one day to see if there was any news of her actually dying, I was horrified. 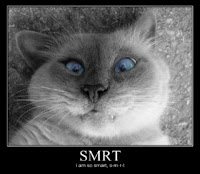 There were kittens all over it. Yes, pictures of kittens as the motif. She was a children’s book agent. She reps books (presumably) about kittens. I don’t write about kittens unless someone is having to eat feral cats to survive.

Despite learning that she wanted to branch out into YA fiction, I chose the wrong agent for the job. She had told me she was “having trouble getting behind my other projects,” which is industry lingo for “I may not be the right agent for your work.”

So? Suck it up and rep my book, right? Wrong.

I read an interview with an agent who had rejected the Harry Potter series when J K Rowling was just a lowly querying-stage author like the rest of us. The interviewer asked this agent if he was kicking himself now for not taking on the boy-wizard and the agent immediately and firmly said, “No.” His reason? He said those books never would have BECOME the Harry Potter series if he had taken the project, because that’s not what he represents. And that takes guts to admit.

People die in my books. Whole towns full of people. Dogs even die in my books, and not from old age or a rabies bite that he got while protecting the little kid. A teenager pulls out a gun and shoots the dog in my book. It was important to the story (I don’t just have a thing against dogs) but it was too disturbing for her. She wasn’t the right agent for my kind of books, and God bless her for even trying. She likes my writing, just not my subject matter. And that doesn’t make her unprofessional or a lousy agent. It makes her one of the best, in my opinion, because she’s willing to say, “I can’t take this book as far as it should go because it’s not what I do.”

Lorca Damon is a teacher in a juvenile correctional facility and staff writer for GoodEReader.com. Her first non-fiction title, Autism By Hand, is an Amazon bestseller and her first fiction title, The Earth is for Dancing, was recently published as well. She is also one of the funniest people I know.  You should stalk her at 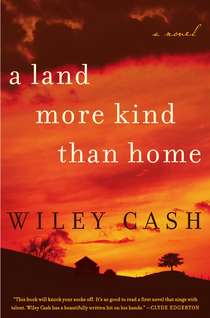 Take a young boy with autism who has ‘seen too much’ and add one manipulative preacher that has the boy’s mother under his spell.  Nothing good can come from that combination, and I have to admit, I couldn’t wait to read this book.  I expected the subject matter to be enough to make it interesting.  What I didn’t expect was the emotional journey the author took me on, and how the story would stay with me long after the reading.
In “A Land More Kind Than Home”, Wiley Cash transports the reader to a small, Southern town and into the lives of Jess and Christopher “Stump” Hall, two young boys whose mother is a member of a church ran by Pastor Carson Chambliss.   When Stump sees his mother, Julie, in bed with the pastor, Chambliss decides it is time to free Stump of the demons that are at the root of his autism.  In the process of trying to heal Stump, he is killed.

In the first chapter, Adelaide Lyle, the town midwife, describes the church and Pastor Chambliss in a way that immediately lets the reader know this is not your average church:

“I’d seen people I’d known just about my whole life pick up snakes and drink poison, hold fire up to their faces just to see if it would burn them... Chambliss convinced them it was safe to challenge the will of God. He made them think it was all right to take that dare if they believed."
And from there, the reader is constantly asking questions that cannot be answered.
Cash's choice of narrators is one of the most brilliant aspects of this book.  Adelaide has a history with the church, Chambliss and all of the characters, yet she isn't present at Stump's death and is unaware of the other events that lead to it.  Sheriff Clem Barefield, who has a story of his own, is looking from the outside, and Jess Hall, Stump's younger brother, isn't mature enough to understand everything that has taken place.  The reader never hears the thoughts of the evil Pastor Chambliss or Julie Hall, the one we would really like to sit down with and ask how she let this happen.  In other words, Cash didn't give us everything, and in doing so, the story stays with you long after that last page.

Without giving a spoiler, I have to say the ending was heart breaking and when I first read it, a bit shocking.  Now that I've thought about it more in depth (didn't I say it sticks with you?), it is disturbing in a way that something you can't quite understand tends to confuse you even more (kind of like how this paragraph has probably just confused you even more :).  This is a book to read with your friends and discuss later---and the more opinions the better.
A beautifully written, tug-at-the-heart story for everyone.

Also, check out my mini rant about Julie Hall, the mother character in "A Land More Kind Than Home" on Suzi Shumaker's blog
Posted by Kelly Stone Gamble at 6:14 AM 16 comments

This Book is Brought to You by the Letter 'C'

For me, the editing process is one of the most exciting aspects of writing.  Not only do you have the opportunity to really make your work shine, but if you have a bit of a sense of humor, it's a great opportunity to laugh at yourself.

There's always that one sentence that no matter how many times you've read your manuscript, someone else is going to catch.  In Ragtown, the line was:

"Art lit his cigarette off Lance's butt."  (That is one hot butt!)

Then of course there is that one word that you didn't realize you used ten thousand times in a two hundred page manuscript.  In Ragtown it was 'exit'.  In Call Me Crazy it was 'just'. 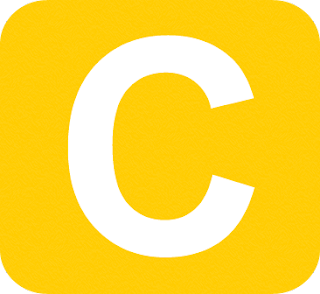 So I've been looking for those sentences, those words and recently  discovered that my problem now is a letter. The letter 'C'.

As if the title Call Me Crazy isn't loaded with enough C's, I have characters named Cass, Clay, Benny Cloud, Claire and Clive.  The worst is Claire, because she is married to Benny. Yes. Claire Cloud.  Luckily, there isn't a scene where they all meet up.  Maybe if there had been, I would have noticed sooner:

Claire Cloud sat next to Clive at the cafe counter. She motioned to Cass who was chatting with Clay, the cook. "I could use a cold Coke like Clive's." (cluck, cluck, cluck)

Yes, I may have noticed my 'C' addiction had a sCene like this been in the book.  (I also would have thrown away my book of ideas and jabbed myself in the eye with a pencil).

So again, the benefit of editors, beta readers and not just rereading your manuscript, but analyzing it a bit for the little things.  Then laugh it off, reword a sentence, use another verb or, in this case, change a few names.