Ann Garvin is a wonderful person, a great writer and a very funny lady. Her new novel, "The Dog Year", is being released on June 3, 2014. I was lucky enough to get a pre-release review from the ever-awesome Joelynn Drennan. So, check out Joelynn's review and then pre-order "The Dog Year." 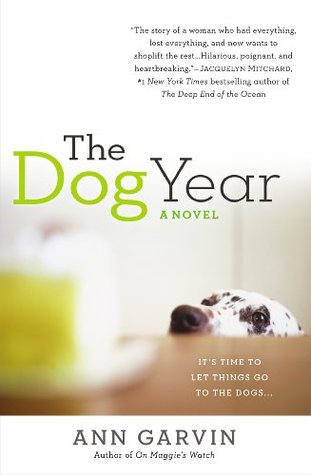 In her second novel "The Dog Year" author Ann Wertz Garvin addresses the subjects of loss and recovery with light and humor. Set in small-town Wisconsin, the story revolves around the gradual unraveling of Lucy Peterman, an accomplished surgeon and emergent criminal, as she undergoes a personal crisis brought on by the tragic deaths of her husband and unborn child. Suspended from her position at the hospital for stealing medical supplies, Lucy is remanded to the company of a dysfunctional cast of characters among whom she finds acceptance, support, and an inimitable brand of serenity.

As someone who seeks any opportunity for humor when addressed with the darker aspects of life, I welcomed the dichotomy of emotions Garvin so effortlessly weaved throughout "The Dog Year". The dialogue is funny and incredibly realistic. I found myself reaching for my own husband when Lucy tries to recapture the last words with hers, and I laughed out loud when she says, “If I know Richard, it was probably, “’Fuck!”’

The character relationships are well developed and multifaceted. From Lucy’s gay brother Charles, to Sara a troubled young addict, to the ever-lovable Little Dog, each supporting character helps to reveal certain aspects of Lucy’s personality—some of which come as a shock to Lucy herself. In less capable hands, Lucy and friends could have been typecast for a Lifetime Original movie, but Garvin’s talent for creating engaging and dimensional characters keeps them right on track with her sprinting narrative and twisting plot line.

What I love about "The Dog Year" is its simplicity. There is no pretension in Garvin’s storytelling or in her writing style--it is clear, concise, poignant and always witty. "The Dog Year" will be officially released on June 3, 2014. It is definitely worth the read, I encourage you to pick up! 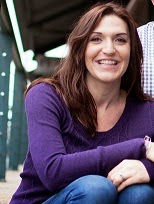 Joelyn Drennan holds an MFA in Creative Writing from Southern New Hampshire University. She is a diehard Yankee living in Memphis, Tennessee where she teaches writing at Southwest Tennessee Community College.

The Dog Year is being released June 3, 2014 and you can preorder it at Amazon by clicking here: "The Dog Year"

And follow Ann on Twitter at @AnnGarvin_ , because she is one funny lady! You'll be glad you did.
Posted by Kelly Stone Gamble at 10:48 AM 0 comments